Under normal conditions, an immune response cannot be triggered against the cells of one’s own body. In certain cases, however, immune cells make a mistake and attack the very cells that they are meant to protect. This can lead to a variety of autoimmune diseases. They encompass a broad category of over 100 diseases in which the person’s immune system attacks his or her own tissue.

The exact mechanisms causing these changes are not completely understood, but bacteria, viruses, toxins, and some drugs may play a role in triggering an autoimmune process in someone who already has a genetic (inherited) predisposition to develop such a disorder. It is theorized that the inflammation initiated by these agents, toxic or infectious, somehow provokes in the body a “sensitization” (autoimmune reaction) in the involved tissues.

As the disease develops vague symptoms start to appear, such as joint and muscle pain, general muscle weakness, possible rashes or low-grade fever, trouble concentrating, or weight loss. The following symptoms may point toward something being wrong: numbness and tingling in hands and feet, dry eyes, hair loss, shortness of breath, heart palpitations, or repeated miscarriages can also be caused by an autoimmune response. 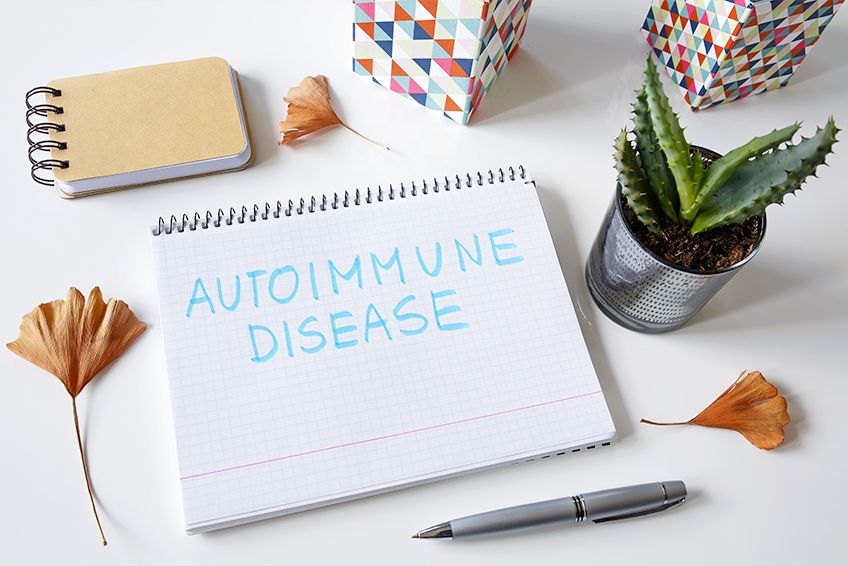 According to Oriental medicine, auto-immune disorders occur when there is imbalance within the body.

Photograph by Chrupka​ via AdobeStock

According to Oriental medicine, auto-immune disorders occur when there is imbalance within the body. Imbalance can come from an excess or deficiency of yin and yang that disrupts the flow of qi, or vital energy, through the body. Acupuncture is used to help the body restore balance, treating the root of the disorder, while specifically addressing the symptoms that are unique to each individual.

“Clinical research has shown that acupuncture causes physical responses in nerve cells, the pituitary gland, and parts of the brain.”

Clinical research has shown that acupuncture causes physical responses in nerve cells, the pituitary gland, and parts of the brain. These responses can cause the body to release proteins, hormones, and brain chemicals that control a number of body functions. It is proposed that, by these actions, acupuncture affects blood pressure, body temperature and the immune system.

In addition to acupuncture, your treatment program to manage your auto-immune disorder may involve a combination of therapies including stress reducing exercises, moderate physical activity, herbal medicine, nutritional support and bodywork.

To learn more about how acupuncture can safely and effectively be incorporated into care for people with an auto-immune disorder, please call for a consultation today.

Get all of our website articles delivered directly to your inbox. Be one of the first to learn about Chinese herbs, healthy living tips, and specials. Sign up today.

Robert has over 40 years of experience treating and healing with traditional Chinese medicine. If you're experiencing pain and are in need of relief, schedule your appointment now. Robert will listen to your story, identify problem areas, and construct a treatment plan that will help you find relief.